Difference between revisions of "Androxus"

Androxus is a Flank Champion in Paladins, added on March 11th, 2016.

Androxus was once a noble lawman of the Outer Tribunal circuit judges. He and his former partner, Lex, were relentless in their pursuit of criminals and threats to the natural order.

After a tragic confrontation with a deceitful being claiming to be a goddess, he became afflicted with an otherworldly disease, dooming him with an endless hunger for souls. Now he wanders the Realm, adrift, in a never-ending quest to quell that hunger, stripped of his rank and duties with the Tribunal, and condemned to live with the curse for eternity.

Androxus is a heavy damage flank champion, capable of gunning down unsuspecting enemies and fleeing before the enemy team can regroup and finish him off. His primary gun, the cursed revolver, is a semi-automatic sidearm that excels at short range and has heavy damage falloff. If an enemy makes the mistake of getting too close to him or not seeing Androxus come up behind them, he can use Defiance, a short range punch that can impact multiple enemies at once, dealing the same amount of damage as his primary weapon. Androxus's Nether Step ability will cause him to dash forward three times in any direction, horizontally or vertically, allowing him to quickly ambush his prey or otherwise escape undesirable confrontations. To add to his mobility, Androxus can float through the air holding the jump button, allowing him to gradually descend on an unaware target or hide high in the map until he heals. Reversal allows Androxus to absorb all frontal damage coming at him and redirect a large portion of it back at the enemy, making him a dangerous target for high dps targets. With his ult, Accursed Arm, Androxus focuses his cursed power into his revolver arm, generating a demonic cannon that fires blast damage shots powerful enough to devastate grouped up enemies or to bring down most heavy champions. While not the most mobile flank, Androxus can overpower most combatants, especially if he gets the first shot in. However, once his abilities are on cooldown, Androxus can be quickly caught off-guard and unable to escape.

Reversal always fires back and does an additional 800 damage.

Successful hits with your Revolver increase the damage of your next Defiance by 15%, stacking up to 100%.

This is a list with all cards available to Androxus:

All of the following cards are in Androxus's pre-built loadouts: 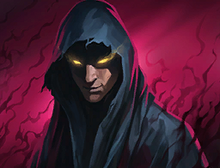 Reduce all active Cooldowns by 30% after getting an Elimination.
3 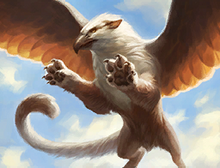 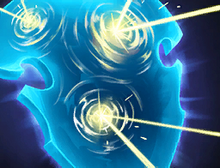 Reduce the Cooldown of Reversal by 2.4s.
2 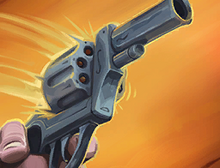 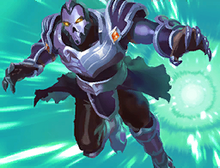 Increase the distance of each Nether Step dash by 20%.
4 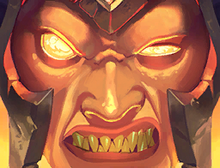 Reduce the Cooldown of Reversal by 1.5s after hitting an enemy with your weapon.
3 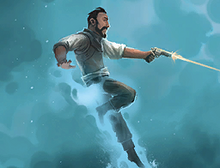 Increase your Movement Speed by 30% for 3s after activating Nether Step.
3 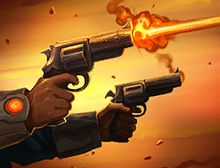 Increase the distance of each Nether Step dash by 15%.
3 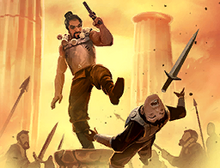 Power of the Abyss

Reduce the Cooldown of Nether Step by 80% after hitting an enemy with Reversal.
4 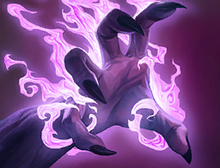 Reduce the Cooldown of Nether Step by 6s after hitting an enemy champion with Defiance.
5 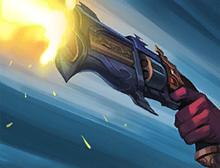 Generate 2 Ammo after hitting an enemy champion with Defiance.
2 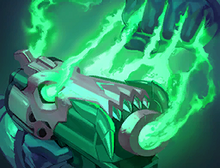 Heal for 900 after getting a Killing Blow with Defiance.
4

Reduce all active Cooldowns by 20% after getting an Elimination.
2

Increase your Movement Speed by 20% for 3s after activating Nether Step.
2

These are the Cosmetic Items currently available for Androxus: