There is no light in the future, only an all-consuming Darkness. The Realm is lost. Atlas will be born into this dark future as the son of a legendary Judge. Each day he fights to survive, and each night he finds solace in stories of the Realm that used to be. These stories give Realm-kind hope, but their final stand against the Darkness will fail tragically. All hope will be lost... save for one last glimmer.

In a desperate bid, Atlas studied old books of Crystal magic, and mastered the control of time. He researched old tales of what could have been the source of this destruction — of how the world had fallen. And then, Atlas stepped into the past, determined to save the Realm, and stop the Darkness, by changing the course of history itself.

Atlas is one of the front line champions in Paladins. His basic attack - Chrono-cannon allows him to fire projectiles that deal 900 per shot. It can be charged for 1.5s, the longer the charging time the higher the precision and focus of the projectile. His Setback ability lets him fire a projectile that sends the enemy back to where they were 4 seconds ago. Stasis Field skill is used to deploy a shield for 5s that absorbs all incoming damage but enemies can pass through it. Second Chance allows Atlas to travel 5s into the past and his health is restored to the highest value it was in that period. This skill is also a handy escape tool. His ultimate lets him fire 3 shots that can freeze enemies in time for 4s. During that time they cannot move, attack or be attacked. Overall Atlas is a character that's best when used as a support tank for a main tank in the team. Most of his skills are very situational and need to be used in proper situation in order to maximize their performance.

Greatly increase the size of Stasis Field, but its Cooldown is increased by 50%.

This is a list with all cards available to Atlas:

All of the following cards are in Atlas's pre-built loadouts: 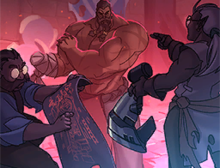 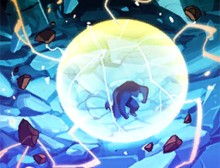 Second Chance sends you 1.6s further into the past.
4 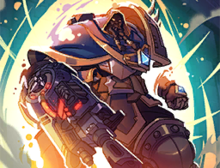 Passing through Stasis Field increases your allies' or your own Movement Speed by 28% for 3s.
4 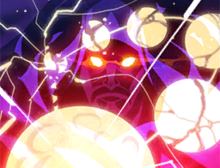 Reduce the Cooldown of Second Chance by 2.5s.
5 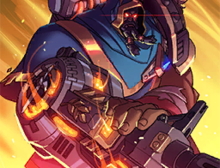 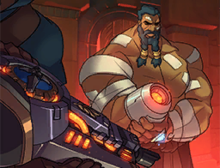 Reduces the Cooldown of Stasis Field by 2s after hitting an enemy with Setback.
2

Reduce the Cooldown of Second Chance by 2s.
4

Passing through Stasis Field increases your allies' or your own Movement Speed by 35% for 3s.
5 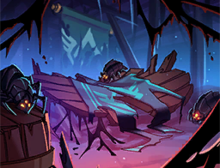 Heal for 240 every 1s for 3s after activating Stasis Field.
3 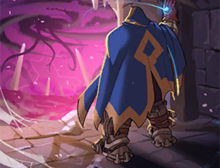 Increase your Healing received by 18% while Stasis Field is active.
3

Reduces the Cooldown of Stasis Field by 5s after hitting an enemy with Setback.
5

These are the Cosmetic Items currently available for Atlas: