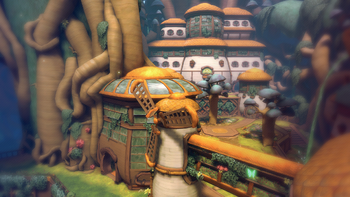 Brightmarsh is one of the maps in Paladins and was released in the Paladins OB49 update.
Like every Siege Map, Brightmarsh also has certain callouts.

Brightmarsh is the first known visual insight into the homeland region of the vulpin, specifically Pip.