Community Battle Pass is a Battle Pass and started on January 8, 2020 with the Paladins 3.01 update. The highlights are the new Epic skins for Ash, Talus, Grover and Lian.

Champions – together, we are strong! We’re launching the new Community Battle Pass, with major format changes and the long-awaited Fernando Announcer pack.

Each skin in this Battle Pass was concepted and voted upon by you, the community, from our Community Skin Contest over 8 months ago. Take a look inside how the team brought @arty_SNAPS, @ilustra_dart, and @Alexis_Pflaum concepts to life HERE.

Receive instant rewards for purchasing, and unlock over 100 more goodies just by playing and leveling up your Battle Pass. All players start earning Community Battle Pass experience as soon as the patch is live. Battle Pass purchasers unlock premium rewards every level, along with the free track rewards. 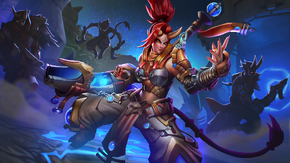 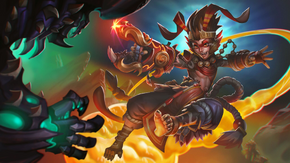 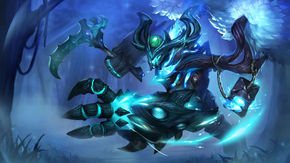 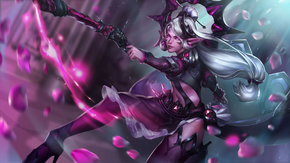 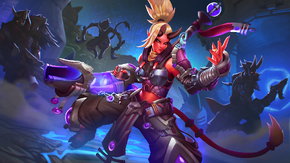 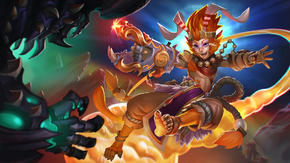 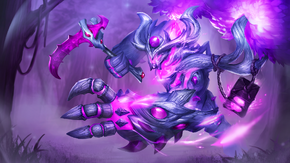 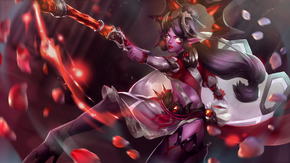 In addition, there are many other items to unlock, such as the currencies (215,000x

Battle Pass XP.
The paid track contains a total of 150

Level 9
part of the Hivemind
Title

Battle Pass XP is boosted to +50% after reaching level 76.
The free track contains a total of 450

All 50 challenges unlock immediately after the Battle Pass has started, for all players. Each individual Challenge awards 150,000