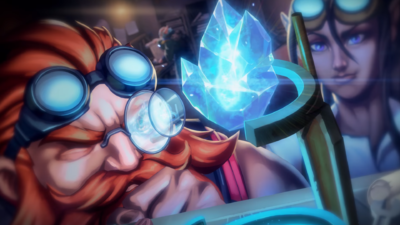 The Crystal-powered technology was a new form of magic which through crafted crystals offered power that rivals the Magistrate's own. It was first developed by Barik and Torvald at the Deepwerks facility. A crystal power evolution overtook the Realm, the uses were limitless and the Realm's future seemed brighter than ever, but there were accidents and horrible misuses of power. Tragedies the Magistrate embraced as they banished crystal magic.

But there were some who disagreed with Karne's decision and stood up to it, which led to Valera forming the Resistance to fight for the rights for everyone to use the crystal magic and to not just benefit the Magistrate alone.