Difference between revisions of "Drogoz"

Drogoz is a Damage Champion in Paladins, added on April 21st, 2016.

Born wingless as a mere wyrin underling to a vicious dragon, Drogoz escaped his servitude using a pair of crystal-fueled mechanical wings crafted by a clever dwarven engineer. The draconic blood in his veins flowed with cruelty and greed, compelling him to continue on a Realm-wide rampage of destruction as he amassed his own hoard, one that will rival that of the true dragons.

As the conflict between the Magistrate and the Resistance rages, Drogoz streaks through the sky above, swooping down to deal with his foes as quickly — and as violently — as possible.

Drogoz is a heavy output damage champion with high vertical mobility. His weapon of choice, a rocket launcher, fires rockets in the desired direction without falloff damage nor change in velocity. Any enemy hit by Drogoz's loogie spit will take additional damage from his rockets. The loogie can also be shot mid-air, exploding it and doing damage to enemies based on their proximity to the explosion, making it an excellent attack tactic for around corners and in enclosed areas. Drogoz's skill, Salvo, loads all remaining rockets into his launcher, allowing them to be fired rapidly with a single click. To maneuver the map, Drogoz uses a jetpack that relies on a fuel reserve that gradually refills when not in use. To change his firing position and escape potentially dangerous situations, Drogoz can use his jetpack's Thrust ability to quickly project himself into the air and forward. This thrust does not consume any fuel and can be used even when his reserve is empty.

Fire Spit applies a Knockback and deals an additional 300 damage over 2s.

Damage dealt when hitting an enemy directly with Rocket Launcher or Salvo is increased by 25%.

Increase your Movement Speed while using your Booster.

This is a list with all cards available to Drogoz:

All of the following cards are in Drogoz's pre-built loadouts: 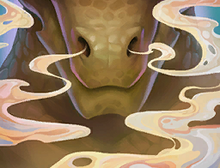 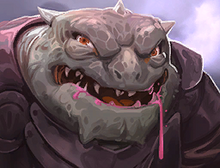 Heal for 200 for each enemy Champion hit with Fire Spit.
4 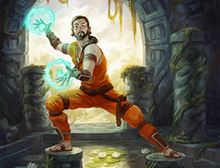 Reduce the Cooldown of Fire Spit by 2.5s for each enemy Champion hit by it.
5 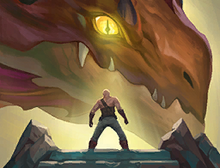 Reduce the Cooldown of Thrust by 2.4s for each enemy Champion hit with Fire Spit.
2 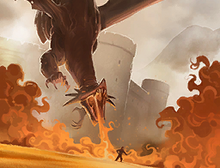 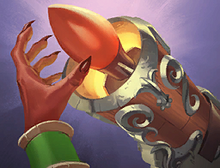 Increase your Reload Speed by 30% for 3s after hitting an enemy with your weapon.
3 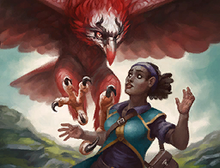 Thrill of the Hunt

Reduce the Cooldown of Thrust by 45% when you get a Killing Blow.
3 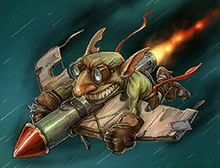 Increase your Booster fuel capacity by 10%.
1 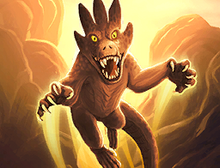 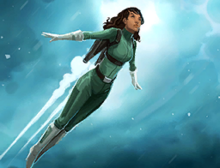 Increased the forward distance of Thrust by 100%.
4

Increase your Booster fuel capacity by 40%.
4

Reduce the Cooldown of Thrust by 1.2s for each enemy Champion hit with Fire Spit.
1 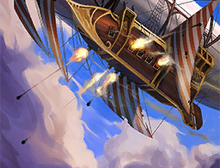 Restore 60% of your maximum Booster fuel after getting a Killing Blow or Elimination.
3 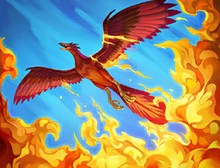 Reduce the Cooldown of Thrust by 100% after dropping below 30% Health.
3

These are the Cosmetic Items currently available for Drogoz: