Enchanted Forest was one of the maps in Paladins. 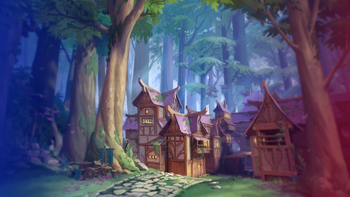 This map had 3 different sections with mirrored layouts and was designed for 2 teams of 5 players. Each section had a Capture Point in the middle. The bases were located at opposite ends of the map. This map featured Stealth Grass.

This map was reworked and divided into smaller maps:

The old in-game map itself is unlikely to be completely canon, though the Enchanted Forest is still the name of a canon location in the Realm, as can be seen in the official map. 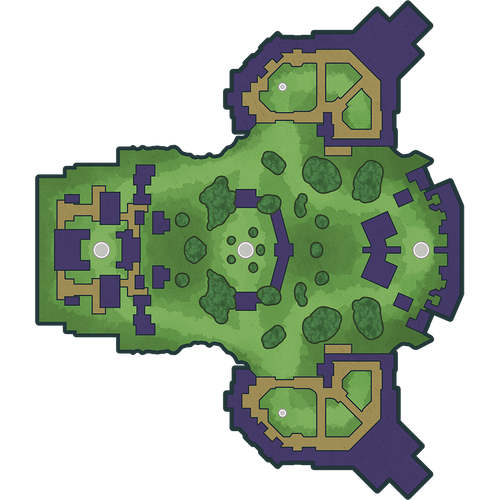