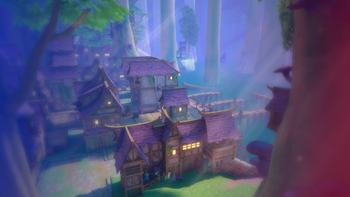 Fish Market is one of the maps in Paladins and was released in the Paladins CB33 update. With the Paladins 1.6 update this map received a major visual rework.
Like every Siege Map, Fish Market also has certain callouts.

Can be seen along the outside sight lines of one of the flank routes/payload path, making champions with knockback abilities ideal for easy eliminations. Champions that lack flight/teleportation abilities are susceptible to being launched off the map without having any sort of means for recovery...