Sarah prayed to the Eternal Pyre for the strength to fight the Abyss and to avenge her fallen sister, cruelly sacrificed by the Magistrate.

Her prayers were answered. She was saved from the Abyss and transformed into Furia: An avenging angel of cleansing flame — Pyre-incarnate. Now the former sisters stand opposed, each a vessel for otherworldly powers far beyond that of mere mortals.

Furia is an aggressive support and she does a lot more than just healing her team. She brings a lot of damage and Crowd Control with her Pyre Strike to the team as well. Her weapon Pyre Blade deals great damage up to medium range and could have increased attack speed by healing allies. Furthermore, Furia has a lot of defensive potential against flanks. Furia's ultimate Inflame, which grants the team bonus weapon damage and movement speed, is best used when the team is going into a point fight.

Kindle Soul Heals up to 15% additional Health based on your ally's missing Health and its range is increased by 300%.

When Pyre Strike hits an enemy champion it stops moving until it ends.

When Pyre Strike comes in contact with an ally it will stop and Heal anyone in its beam for 150 every 0.05s. Also reduces the speed of Pyre Strike by 30%.

This is a list with all cards available to Furia:

All of the following cards are in Furia's pre-built loadouts: 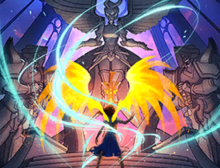 Heal for 525 over 3s after Healing an ally with Kindle Soul.
5 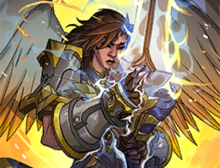 Increase your maximum Ammo by 4.
2 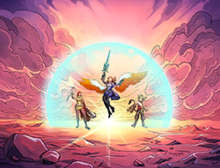 Apply a 200-Health Shield for 2s to allies affected by Kindle Soul.
4 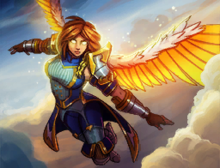 Reduce the Cooldown of Wings of Wrath by 1.2s.
2 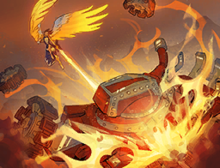 Increase the travel distance of Wings of Wrath by 20%.
2 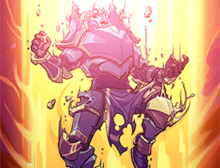 Increase the Stun duration of Pyre Strike by 0.6s.
4 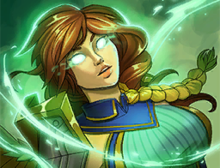 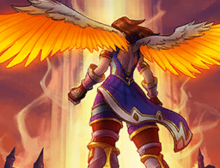 Reduce the Coldown of Wings of Wrath by 3s after hitting an enemy with Pyre Strike.
3 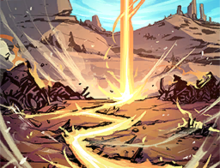 Increase the radius of Pyre Strike by 10%.
1 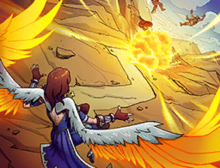 Reduce the Cooldown of Pyre Strike by 2.4s for each successful hit by Wings of Wrath.
3

Heal for 210 over 3s after Healing an ally with Kindle Soul.
2

Apply a 100-Health Shield for 2s to allies affected by Kindle Soul.
2 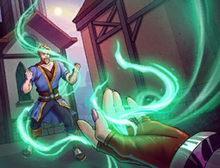 Hitting Kindle Soul reduces the Cooldown of Pyre Strike by 5s. This effect can happen once every 8s.
5

Increase the radius of Pyre Strike by 30%.
3

Reduce the Cooldown of Pyre Strike by 2.4s for each successful hit by Wings of Wrath.
3

These are the Cosmetic Items currently available for Furia: