Long ago, there was chaos and war. The dragons ruled the Realm, and everyone else was left to fight over the scraps. But one wise mage learned the dragons' secrets. She became the first Warder, the first to command a dragon. It was that Warder's actions that paved the way for the Paladins' Golden Age of peace.The Warders were thought to be dead and gone, a relic of a bygone age.

Yet, when a beacon was lit in their ancient homeland — an alarm signal that the Warders, or what remained of them, were needed once again — Imani answered that call. Little is known about the Last Warder's past before she appeared in Dredge's treasure trove to recover her stolen relics, but one thing is sure: she will uphold the legacy of her lineage, and stand against the darkness of the future looming over the Realm.

Imani is one of the more complex Damage Champions, capable of excelling at any range and contributing crowd control and zoning to the point. Imani shifts between her Ice Stance and Fire Stance, altering her strengths and weaknesses and allowing players to be very diverse in their playing styles. Her basic attacks and offensive abilities all generate mana that, when filled, will cause her next primary attack to be faster and stronger than her normal shots. Once mana is capped, the power shot can be performed in either stance regardless of which stance her mana was filled in. With her Ice Stance, Imani shoots frost bolts act as projectiles, causing average damage, and, with full mana, will shoot out two bolts almost instantaneously. While in Ice stance, Imani can also fire her Frost Bomb, a huge lobbed orb of ice that gradually floats and descends through the air. Upon impact, max range, or when reactivated, the bomb will explode, causing damage and both crippling and rooting all enemies near its explosion. While in Fire Stance, Imani's primary attack switches to pyreballs, an charging projectile attack that, when immediately released, does a minimum of 135. As pyreball is allowed to charge, its damage increases to a max of 1000. Pyreball can be released at any point during its charge, with its damage output increasing the longer it is charged. Her Fire stance alternative to the Frost Bomb is her Inferno Cannon, a constant billow of fire that significantly slows Imani's movement while causing gradual damage in a direction controllable by the player throughout its duration. Inferno Cannon will penetrate through enemies to hit others behind them and, if successfully kept on target, will eliminate all but the highest HP champions. Her mobility ability, Frost Glide, can be used in any stance and combines the powers of fire and ice to allow her to surf through the air on a piece of ice. This ability has somewhat of a wide turn and a speed higher than the base speed of a champion with maxed Nimble, but can easily be shot down by enemies or chased by the more agile champions. Her ult, Dragon's Call, summons a massive dragon to be controlled by the player while Imani's character remains immobile at the casting site. The Dragon can fly throughout the battlefield, breathing a fire and ice blaze that very few champions can survive for longer than a couple of seconds. If Imani is found and killed while she is ulting, both her and the dragon will be defeated. Should the Dragon expire or be killed, there will be a death animation followed by a brief delay before returning control to Imani. Both Imani and her dragon are susceptible to the Bulldozer while ulting. Effectively playing Imani can lead to incredibly destruction and intimidating control over the entire map, but her complexity is also her weakness, as she is not the best Damage Champion at short nor long range. She can be outsniped by true snipers and bursted at short range by many flanks and other damages.

Frost Bolt Chains to a nearby enemy within 30 units, dealing 350 damage.

Successfully landing two Pyre Balls will cause the next Pyre Ball thrown after the second hit to explode in a 30-unit-radius area.

Remaining still for 1s creates a Mana Rift around you that generates Mana every 1s. Leaving the Mana Rift destroys it.

This is a list with all cards available to Imani:

All of the following cards are in Imani's pre-built loadouts: 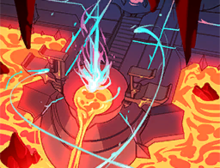 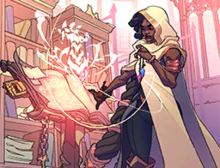 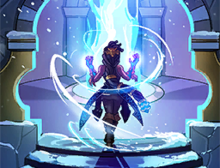 Increase the duration of FrostFire Glide by 1.5s.
3 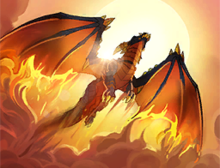 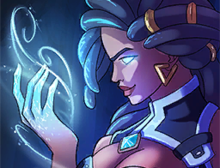 Ice in her Veins

Heal for 200 every 1s while using FrostFire Glide.
4 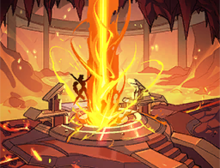 Dealing damage with Pyre Ball reduces the Cooldown of Frost Bomb by 2.4s.
3 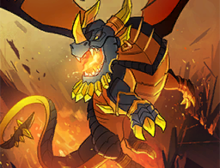 Increase your Movement Speed while casting Inferno Cannon by 60%.
3 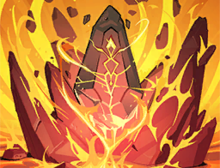 Increase the Mana generation of Inferno Cannon by 45%.
3 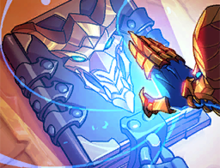 Reduce the Cooldown of Elemental Shift by 4s.
4

Reduce the Cooldown of Elemental Shift by 5s.
5 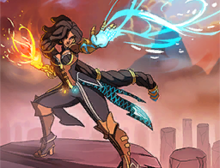 Elemental Shift reduces the Cooldown of Frostfire Glide by 1.2s.
2 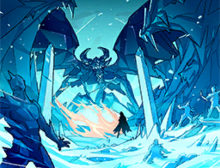 Increase the Projectile Speed of Frost Bomb by 12%.
2 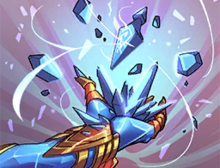 Dealing damage with Frost Bolt reduces the Cooldown of Inferno Cannon by 1s.
2

Dealing damage with Pyre Ball reduces the Cooldown of Frost Bomb by 3.2s.
4

These are the Cosmetic Items currently available for Imani: