Once, a nameless street-rat challenged the tyrant, Zhin. For the boy's courage, and his remarkable skills, Zhin granted him a new life in the Thousand Hands Guild, along with a new name: Koga. The guild became Koga's new family and he became their finest ninja.

But, not all families get along. Out of jealousy, lies were spread and false evidence was planted. Zhin's resulting fury forced Koga to flee. Now, the exiled ninja fights for his new family — the Resistance — as he searches for the one who betrayed him.

Koga is an incredibly mobile flank champion who can swap stances, unlocking other abilities. He also has an energy bar which he uses for all his abilities. His abilities do not have cooldowns, but instead drain his energy. He can swap back and forth from his regular stance, and his Dragon Stance. When in Dragon Stance, his energy is constantly drained. Koga's primary fire are dual SMGs, which are exchanged for for his Hellkite Claws when in his Dragon Stance. The SMGs have a very high rate of fire, in contrast to the Hellkite Claws, which do high damage in burst style. Koga's second ability is a short dash which makes him untargetable for the duration. This uses 1 bar of energy. When in Dragon Stance, he dashes forward, hitting any enemy caught in his path using all his remaining energy. Koga's third ability grants him 30% more movement speed, and increased jump height. This uses 1 bar of energy. He also passively has the ability to climb walls. His ultimate strikes enemies for 1500 damage per second for 2 seconds in an area roughly the size of the payload objective. He is untargetable for the duration. Overall, he is best suited for running and dashing around due to his low health pool and high mobility.

Generate 1 Energy for every 70 damage done with your Submachine Guns.

Cyclone Strike deals 115% of its target's maximum Health as damage over its duration and your Movement Speed is increased by 15% during the attack.

Dragon Stance consumes Health instead of Energy at a rate of 200 Health per second. Dragon Stance requires at least 300 Health to activate and automatically cancels at 15 Health.

This is a list with all cards available to Koga:

All of the following cards are in Koga's pre-built loadouts: 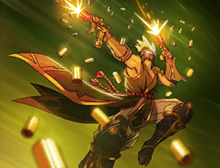 Increase your Healing received by 30% while firing your SMGs.
3 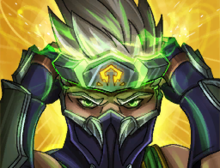 Increase your maximum Ammo by 40.
4 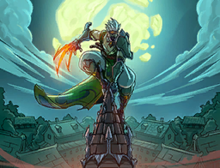 Increase your jump height by 20% while Agility is active.
1 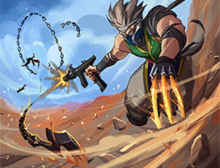 Heal for 240 after activating Shadow Step.
4 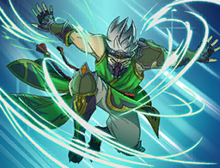 Heal for 60 every 1s while Agility is active.
3 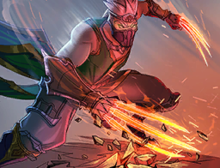 Reduce the rate of Energy consumption while in Dragon Stance by 24%.
4

Heal for 240 after activating Shadow Step.
4 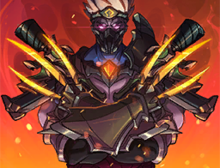 Reduce the time to enter and exit Dragon Stance by 20%.
2 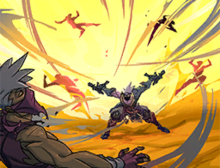 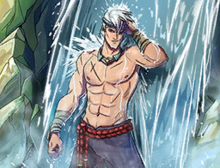 Heal for 60 every 1s while Agility is active.
3

Reduce the time to enter and exit Dragon Stance by 20%.
2 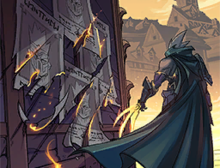 Gain 15% Lifesteal while in Dragon Stance.
3 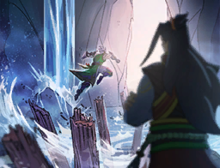 Increase the Movement Speed boost of Agility by 12%.
3

These are the Cosmetic Items currently available for Koga:

Successful Hits with your Submachine Guns have 50% Chance to cost no ammo.