While the rest of the rabbit-like leipori fled to the forests to avoid getting involved in the war raging across the Realm, Moji took it upon herself to summon the great nature spirits to defend the world.

She charges into battle atop her trusty familiar, Po-Li, who carries her through the fray as she unleashes a maelstrom of sorcerous destruction on her enemies. Once the war is over and the Realm has returned to its natural state, she hopes to return to the forest to help her people begin the healing process and restore all that was lost.

Moji is a flank champion capable of high burst damage. Her secondary attack creates a spray which deals rapid, but very low damage and applies magic marks. These marks are detonated by her primary's projectile, increasing its damage up to 1000 depending on the amount of marks. She has a magic barrier that renders her completely immune to damage, but unable to attack. If she is hit while under the effects of a barrier, it immediately applies the maximum amount of marks to the enemy. Her movement skill, Scamper is helpful to quickly reach nearby targets, or escape from an unfavorable situation. Her ultimate, Snack Attack, transforms enemies into helpless treats, which are executed if Moji makes contact with them, but immune to everything else.

When you get an Elimination, drop a Health Pack that Heals the champion who picks it up for 600. Health Packs are visible to allies and are not able to be seen or interacted with by the opposing team.

Detonating a Magic Mark also damages all enemies within 15 units of the victim for 75% of its damage.

Using Scamper Heals allies within 25 units and you for 600 over 3s.

Will activate while using Scamper.

This is a list with all cards available to Moji:

All of the following cards are in Moji's pre-built loadout (every card in this deck is set to Level 3): 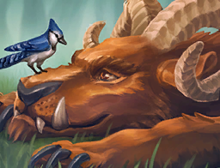 Increase the Healing you receive by 30% while at or below 50% Health.
3 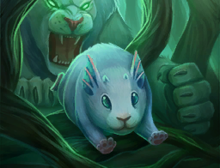 Heal for 300 over the duration of Scamper.
3 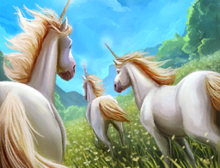 Reduce the Cooldown of Scamper by 1.5s.
3 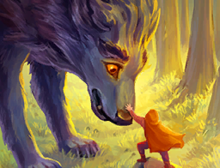 Increase your Movement Speed by 24% for 2s after using Scamper.
3 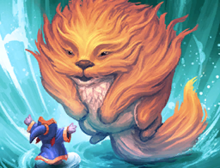 These are the Cosmetic Items currently available for Moji: