Frost and fire, heed my call!

Imani has finally arrived, bringing with her the elemental might of the Warders and their dragons.

The Hunt, an initiative focused on QoL, bug fixes, and polish, will introduce new improvements to Paladins every update. The Hunt’s mission is simple: We want to end 2019 with Paladins in a better state than it’s ever been before.

We’re also happy to announce the start of Season 2, featuring a reworked Ranked system, a major overhaul to Talents and Loadouts, and plethora of new Champion balance. Enter a fresh new Realm and experience Paladins like never before! 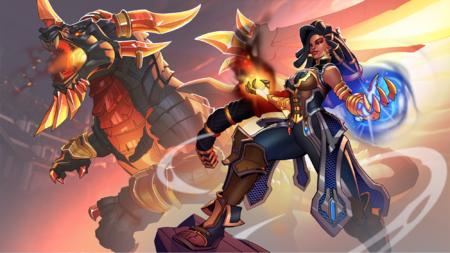 Long ago, there was chaos and war. Dragons ruled the Realm, and mankind was left to fight over the scraps that remained. But one wise mage studied the ancient beasts’ secrets. She established the Warders and commanded the power of a dragon for the good of the people.

It was that Warder’s actions which paved the way for the Paladins’ golden age of peace. The Warders were thought to be dead and gone, a relic of a bygone age. But a beacon was lit in their ancient homeland, a call that the Warders were needed once again… If there were any left.

Imani answered that call. Little is known about the Last Warder’s past before she appeared in Dredge’s treasure trove to recover her relics, but one thing is sure: She will uphold the legacy of her lineage and stand against the darkness.

Surf through the sky on frostfire for 3s. This ability is not affected by your elemental alignment.

Imani summons and controls a frostfire breathing Draconic Avatar. The Draconic Avatar has its own control scheme. This ability is not affected by your elemental alignment.

Every third Pyre Ball you hit explodes, damaging nearby enemies.

After standing still for 2s, create a Mana Rift around you that generates Mana. Leaving the Mana Rift destroys it.

We’re improving quality throughout Season 2 with The Hunt: an initiative focused on process and quality of life improvements, bug fixes, and polish. Along with extended PTS, we’ve also expanded our programming team and devoted 20-40% of each development cycle to polish.

The Hunt’s mission is simple: We want to end 2019 with Paladins in a better state than it’s ever been before. Here are a few of the first improvements: 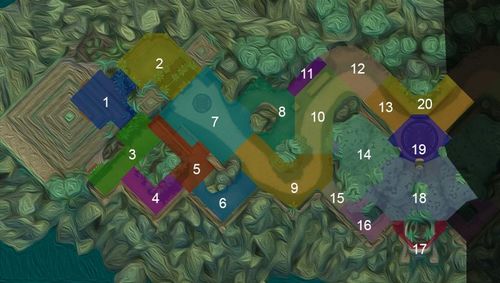 Below are some of our highest priority gameplay issues that we are putting effort and resources into fixing. If you have any information or perspective that could aid in the solving of the below issues, please let us know through our dedicated Bug Reporting Forum here.

The new year kicks off with a Battle Pass of interstellar proportions! Unlock 50 waves of great loot in one simple purchase, including three awesome Battlesuit Skins and a brand-new Mount type.

The Battle Pass allows you to experience Paladins like never before. Get instant rewards for purchasing, and unlock over 100 more goodies just by playing and leveling up your Battle Pass. All players start earning Battle Suit Battle Pass experience as soon as Update 2.01 is released, leveling up from 1 to 50. Battle Pass members unlock a reward every level and also unlock the rewards along the free track.

The Battle Suit Battle Pass costs 600 Crystals. You can unlock up to 150 Crystals through the Battle Pass, reducing the cost to 450 Crystals for a Mount, Announcer Pack, three Epic Skins and dozens more great rewards.

Get a jump start on this awesome Battle Pass with the Battle Passport, a quick purchase that unlocks the new Battle Pass itself and 30 Battle Pass Levels so you can start playing with the content right away — including Battlesuit Eagle Eye and Battlesuit Angel.

The Battle Passport costs 1500 Crystals, saving you over 1000 Crystals versus buying the levels themselves. 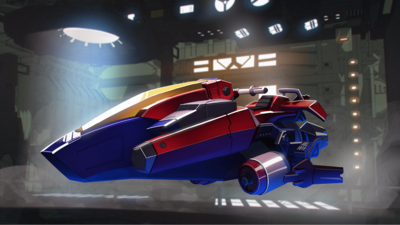 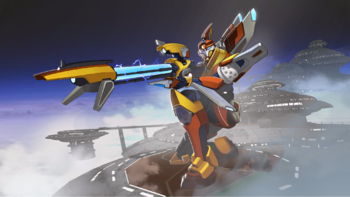 She’s the rising star of hope for the colonies–the bird that soars the skies and swallows her enemies whole. Nothing escapes Battlesuit Eagle Eye. 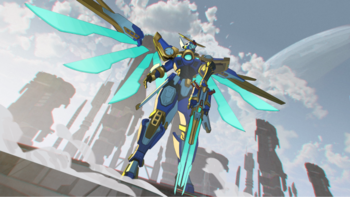 The Galaxy’s hope. Its shield. And its blade of justice. 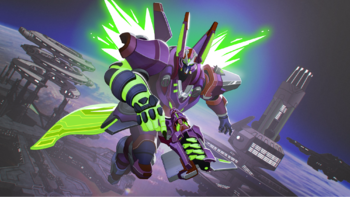 For the glory of the Imperial Magistrate! None can defeat one of the Aces of the Dark Battlesuit Godslayer Sword Squadron.

Level 50 isn’t the end of the story! Battle Pass Plus gives players who complete the Battle Pass at light speed even more rewards to earn. Players who purchase the Battle Suit Battle Pass and reach level 50 can unlock the Plus track: Another 50 levels of rewards including emotes, a 3D Spray, and the Limited Suit Up Animated Avatar.

We have refactored a how some of our end of match rewards were calculated:

We are excited to be among the first games of the modern crossplay era. Players on numerous platforms across the globe will now be able to group up and play like never before!

We have removed champion leaderboards due to the game-able nature of the system. This hurt the integrity and overall experience of Paladins. 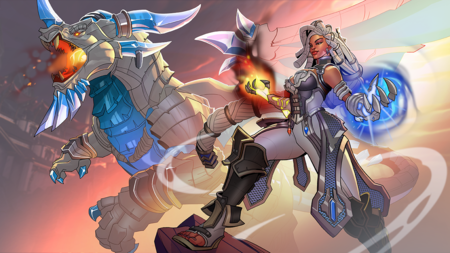 Plus, you’ll unlock 1500 Crystals to grab the newest Battle Pass, a favorite Skin, or an Event bundle — the choice is yours!

Best of all: You’ll get the following incredible content for every new Champion as they are released in 2019.

Note: The Season Pass 2018 is leaving the store with the release of the Fire and Ice update. This will be your last chance to unlock the Limited Grohk Lobster skin and to receive the Limited buy-in rewards from the 2018 Battle Passes! 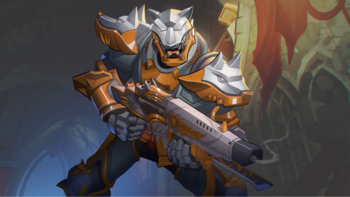 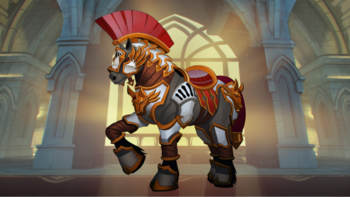 The Paladins Digital Deluxe Edition 2019 includes the Champions Pack and the Season Pass 2019 at a $10 savings over buying them separately.

Welcome to the true Season 2! With the official launch of Paladins earlier this year, last season will now be considered Season 1, and all Ranked matches before that as Season 0.

With six splits worth of rotating awards, players will no longer be awarded Crystals based on their leaderboard placements. 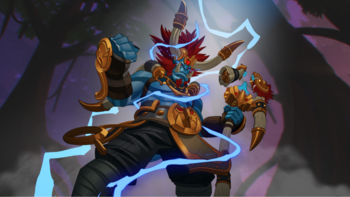 Players who competed 200 Ranked wins during Season 1 will receive a Ranked Loading Frame based on the highest tier they reached. 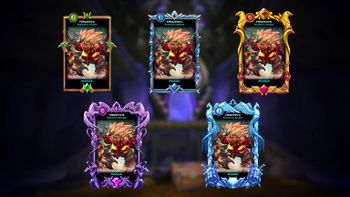 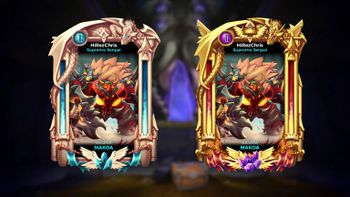 Developer Commentary: One of the important aspects of Paladins’ fun is the flow of each match. Players start fairly durable, but as offensive item shop picks come online, aspects like tankiness and healing are diminished and lead to more intense final moments. Cards and Talents that circumvent this disrupt the flow and lead to unnatural moments of weakness early on that persist throughout the entire game.

Developer Commentary: A key part of Paladins is the ability to customize your own playstyle. Talents present one of the best avenues to define the way YOU want to play each Champion, and those playstyles should be as diverse and meaningful as possible. Returning to our original three Talent set-up allows us to make each Talent pick more unique and have a manner of impact distinctly its own.

Developer Commentary: We want the item store to be a more effective element in creating diverse playstyles and counter options. Many useful items, like Illuminate, were often forgone because restrictions meant having to give up more general use items like Haven. We’re lifting these restriction to open up the potential combinations of item purchases and are excited to see the more flexible builds and playstyles players concoct.

Developer Commentary: The functional changes to Defiance in the past few updates have drastically improved the skill’s usability. However, Defiance’s ease of use does not match up to the damage output. We’ve adjusted this ability to deal equal damage to Androxus’ Revolver, giving players an option to use Defiance as a more confirmable finisher or filler during reloads.

Developer Commentary: Ash’s ultimate has always been an amazing defensive option, but is limited to only protecting herself. The 2s stun from Rally Here allows Assert Dominance to have a much wider range of uses during matches.

Developer Commentary: W.Y.R.M. Jets was often regarded as the least attractive talent by Drogoz Players. Now the impact of the talent will be more apparent and better diversify Drogoz’s available playstyles.

Developer Commentary: Healing in Paladins is an integral part of strong team composition, with burst healing options being especially important. As one of the only Supports in Paladins without a burst heal, we felt Jenos was almost pigeon holed into picking Celestial Touch to maintain the healer identity. We’ve moved a portion of that Burst Heal to his base ability to allow Jenos more varied styles without having to give up his Support identity.

Developer Commentary: Khan’s Ultimate was too confirmable for the payoff it delivered. Particularly in higher level play, it practically guarantees a 5v4 team fight on use. Now, the Ultimate still retains its power, but requires aim and can be dodged or juked by wary opponents.

Developer Commentary: Koga’s Dragon Stance, while a powerful ranged burst option, had difficulty contending with the overall strength of his Submachine Guns, which provide comparable lethality with little cost. We’ve made these changes to shift the power of his tools and allow for more varied gameplay, which is the heart of Paladins’ identity.

Developer Commentary: Like other Cards and Talents that bypass purchasing offensive items, Death and Taxes especially disrupted the flow of matches.

Developer Commentary: Restore Soul outputs a large amount of healing, but the occasions that Seris gets full use of that heal are rare. Many times, players are simply overhealing lower health champions while also being locked out from other actions. This forced players into using Void Abides to remain competitive with other Supports. We’ve reworked the Void Abides functionality into the base Restore Soul at slightly lower value. This allows Seris to be a more effective solo healer and widen her talent choices across all levels of play.

Developer Commentary: Smoke Screen’s ability to interfere with line of sight has often been a point of frustration, as it can’t be countered like normal stealth and its effect was applied in a very jarring, unclear way. We’ve changed the functionality to apply the stealth system that already has clear tells and counters.

Developer Commentary: Unauthorized Use diverted from its intended design as a strong burst damage option for Strix’s pistol and instead became a very powerful utility card that could keep much of the enemy team revealed for far longer and more frequently than desired. We’ve removed the reveal component of the Talent and increased its projectile speed to shift it more towards the original intent as a powerful pistol burst option.

Developer Commentary: Power Siphon is an incredibly powerful tool at Terminus’ disposal and the freedom he has to use it at any moment, given he has the resources, makes it difficult to gauge when it’s the right time to attack him. We’ve added a short cooldown to prevent quick-swapping the Siphon and to make his vulnerability periods much more consistent.

Developer Commentary: Mercy Kill, while a strong Frontline killer option, had trouble finding a place since Burn Monster already allowed you to effectively counter them. We’ve reworked it to grant Nade Launcher charges, giving Tyra a much more flexible pocket of burst she can pull out to finish opponents and help in duels.

Developer Commentary: Counter can an effective tool in turning the tides of a duel in your favor, but a large part of its payoff relies on Zhin being in melee range. In practical use players are more often engaging further away with the ability instead functioning as a very brief moment of immunity. We’ve changed the retaliatory strike to fire one of his ranged projectiles, allowing the ability to regain its identity as a “counter” option in combat rather than a minor safety option.