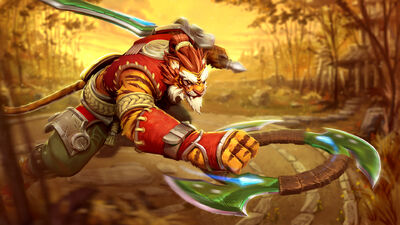 His is a tale of charm and daring — heroic feats backed by deadly prowess. A traveler of the Realm looking for worthy foes to test his mettle, sharpening his skills and weapons alike. Adored by the people, feared in battle — Tiberius, The Weapons-Master, knows no equal!

Born of the Tigron, Tiberius is the pinnacle of their values. A dashing legend — bold, brash, and relentless — anointed by an ancient blade, destined for battles that are nothing short of legendary.

With Chakrams, forged by the weapon-smiths of his ancestors; and a sword, forged from the heavens themselves — an ancient artifact capable of banishing unspeakable evils from this world — he is ready for any threat! Tiberius is exhilarated by the opportunity to match blades with a worthy foe. Snarling, he charges headlong into the fray, unleashing an unrelenting storm of steel, claw, and fang. En garde!

Tiberius slings Bladed Chakrams from his hand every 0.7s, dealing 650 damage each, and bouncing off floors and wells up to two times. Chakrams stop on players and shields.

Throw your Heavy Blade in a straight line, Piercing through Shields and enemies. Deals 800 damage and reduces the Movement Speed of enemies hit by 50% for 2s.
Heavy Blade lodges itself into any environment it collides with. Tiberius may reactivate the ability to recall the blade back to him once it is lodged in the environment.

Recall your Heavy Blade back to your hand, passing through all players and collision, dealing 500 damage to any players hit.

Tiberius crouches back, then launches himself forward through the air.

Flourish your Heavy Blade and access to use Striking Tigron and Whirling Blades up to 5 times for 15s. All other abilities are disabled during Blade Dance. Can be cancelled after 1s.

Instantly dash forward, passing through all enemies and dealing 750 damage. Can be fired in any direction.

Launch upward into the air, whirling your blade around you and block all incoming damage. Upon landing, deal 1,000 to all enemies in an area around you.

Your Heavy Blade can be reactivated to explode for 800 damage in a 25-unit area. 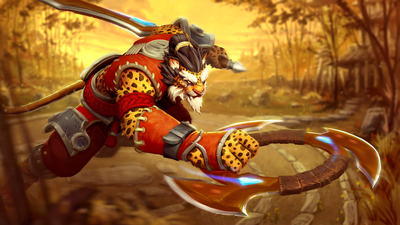 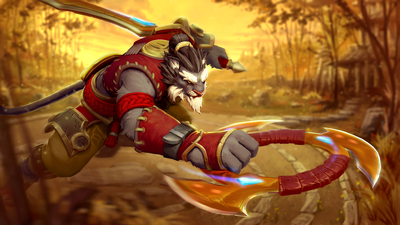 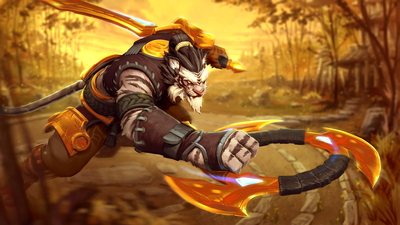 Champions – together, we are strong! We’re launching the new Community Battle Pass, with major format changes and the long-awaited Fernando Announcer pack.

Each skin in this Battle Pass was concepted and voted upon by you, the community, from our Community Skin Contest over 8 months ago. Take a look inside how the team brought @arty_SNAPS, @ilustra_dart, and @Alexis_Pflaum concepts to life HERE.

Receive instant rewards for purchasing, and unlock over 100 more goodies just by playing and leveling up your Battle Pass. All players start earning Community Battle Pass experience as soon as the patch is live. Battle Pass purchasers unlock premium rewards every level, along with the free track rewards. 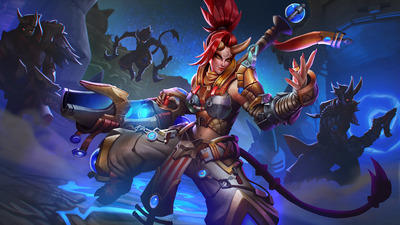 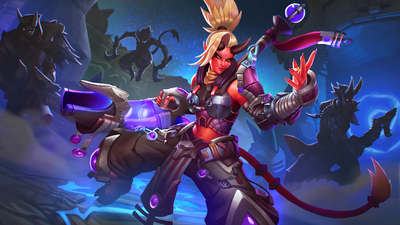 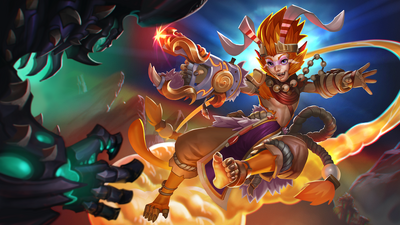 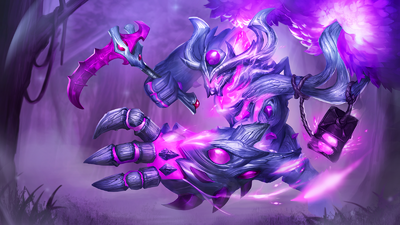 Give all players emote/spray wheel slots by default 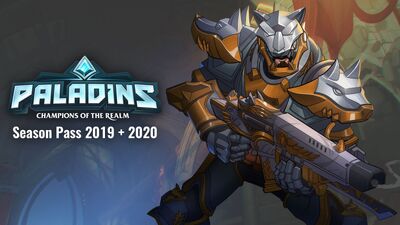 The Season Pass has now been extended through 2020! Owners of the Season Pass will now get incredible content for every new Champion as they are released in 2020:

You’ll instantly score three cosmetics only available in the Season Pass: The Limited Legionnaire Viktor skin, Legionnaire Warhorse Mount, and an Avatar, along with the Limited skins that were released with each champion from 2019.

Plus, you’ll get 1500 Crystals to unlock the newest Battle Pass, a favorite Skin, or 3d Spray!

We are now introducing account accessories for direct purchase. Items from previous Events and Battle Passes will not be included, unless they have been released for at least 1 year.

To purchase these items, simply select Profile on the Home Page, then select the accessory type you would like to purchase. 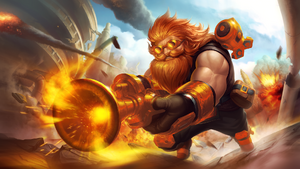 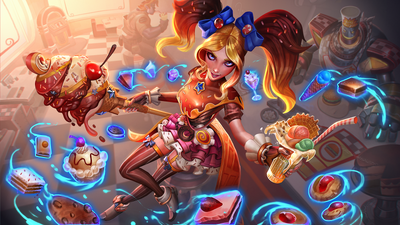 Split 1 – Rage against the Abyss

Players who reached at least Gold during Season 2 will receive a Loading Frame based on their highest rank achieved: 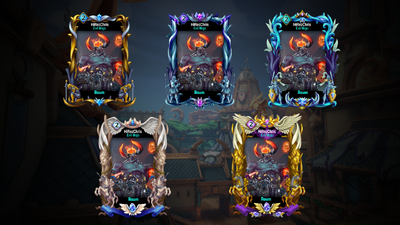 Developer Commentary: We will be watching PTS before making any changes to Grohk.

Developer Commentary: We will be watching PTS before making any changes to Ying.