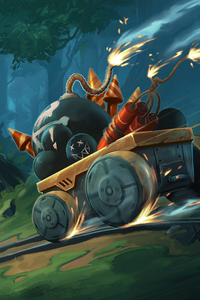 Payload was one of the Game Modes in Paladins. This game mode is currently unavailable.

Payload is an Attack / Defend style game mode with two rounds. The attacking team must escort the stolen treasure to the drop point near the defending team's base while the defenders push it back and hold long enough for the timer to run out. Players can change their Cards loadout at the start of the match. Everyone receives 1000

Credits at the start of the match that can be used to purchase Items, and the passive Credits spooling is of 2

per second. All items and Credits from the first round are reset at the start of the second one.

When round one is complete, both teams swap sides. The Payload only advances when at least one attacker is close to it, but won't move if there are defenders close by. The payload will start to move backwards after sitting idle for too long without an attacker near it.

These are the maps that Payload could be played in: 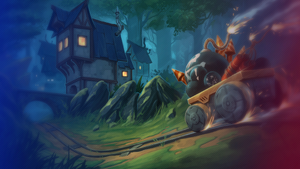 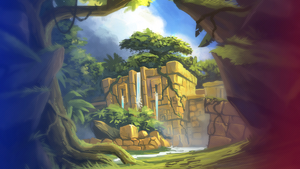 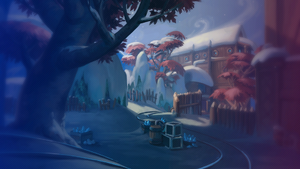