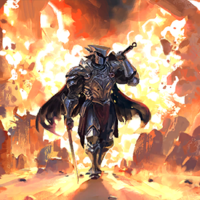 Ranked is a system in Paladins designed to provide higher quality matches for competitive players. The current season of competitive play is Season 3, which began on January 8, 2020. This Seasons are divided into Splits. Each ranked split is across 2 patches, or around 4 months.

Welcome to Paladins Ranked. Paladins' in-game competitive mode will now allow players to progress as an account through each tier from Bronze to Grandmaster. As you play, you'll gain Triumph Points (or TP), and once you pass 100 TP in your current division, you are immediately promoted to the next division! If you are performing exceptionally in your current division, you may skip forward a few divisions when you promoted.