From Paladins Wiki
(Redirected from Rush)
Jump to: navigation, search

For eons, the moon goddess Io watched over the Realm. Then, disaster struck: the Darkness smothered the goddess's light and shattered the moon that hung above the lands.

Pieces of the moon fell to the Shattered Desert, where Io's faithful watched over them. They kept vigil for the shattered goddess, praying that one day she would return to guide them.

As the Magistrate marched on the desert sands, intending to claim the power of the moon shards in their vicious struggle with the Resistance, that day finally came. At the urging of her celestial contemporary, Jenos, Io revealed her true form to fight for her people and stand against those who would threaten their survival.

Io is a support character who can hold her own for a decent amount of time. She can heal any player she wants to full health with moonlight, and summon her lunar guardian to heal her and her allies in the fight (with her Life Link talent). When she finally gets in over her head she can lunar leap into a safe space or use it at the beginning of fights to out-flank and get the upper hand. If an area is over run with enemies or enemies gang up on her she can push them out of the way with her ultimate (Begone).

Luna Heals allies around her for 200 per second.

If Io falls below 200 Health while Luna is active, she trades places with Luna, Heals for 50% of her Health, and Luna dies in her stead.

This is a list with all cards available to Io:

All of the following cards are in Io's pre-built loadouts: 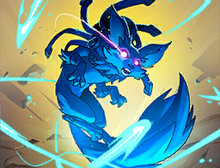 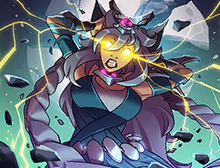 Reduce the Cooldown of Luna's initial deploy by 3.6s.
3 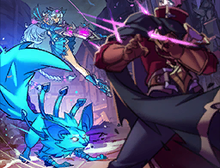 Regenerate 6% Moonlight every 1s while within 30 units of Luna.
3 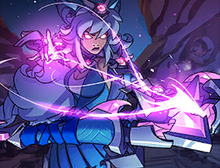 Reduce the Cooldown of Luna's redeploy by 0.3s after Healing with Moonlight.
3 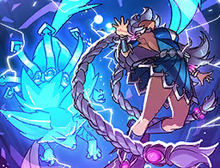 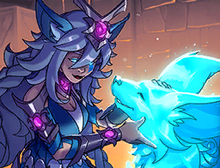 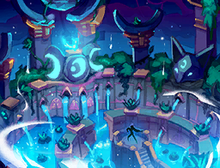 Generate 8% Moonlight for each enemy hit with Light Bow.
4 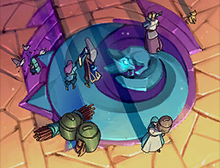 Heal for 30 every time you Heal an ally with Moonlight.
3 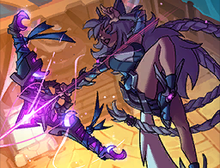 Reset the Cooldown of Lunar Leap after dropping to or below 30% Health.
2 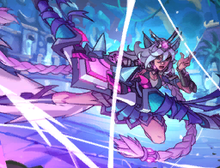 Increase allies' Movement Speed by 32% while they are being Healed by Moonlight.
4

Reset the Cooldown of Lunar Leap after dropping to or below 45% Health.
3 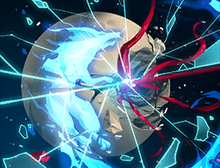 Gain a 300-Health Shield for 3s after activating Lunar Leap.
3 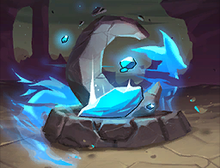 Reduce the Cooldown of Lunar Leap by 4s.
5 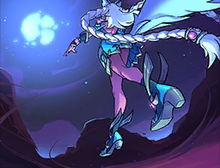 Lower your gravity and increase your air control by 70% while firing your Light Bow.
3

These are the Cosmetic Items currently available for Io: