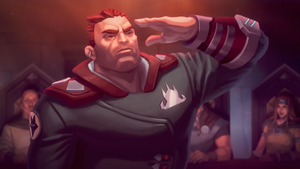 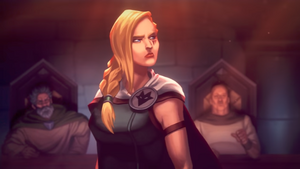 The Sentinels were an elite military unit working under the Magistrate taking the most difficult of missions. After a failed mission the unit was dismantled and either continued working with the Magistrate, or left to accomplish other goals. The Commander, Viktor, would take the blame for the failure of their last mission, stripping him of his rank and being reassigned to a lower rank.

Viktor served as the commander, while Strix, alongside others, was in charge of training the team's sharpshooters, such as Kinessa. Though her eagerness and enthusiasm surprised Strix, she would soon leave before fully completing her training, frustrated by the rigors of military life. While only a few members are currently known, it's implied in Strix and Kinessa's bios that there may have been other members.

Most information on the Sentinels can be found in the bios of almost every member.