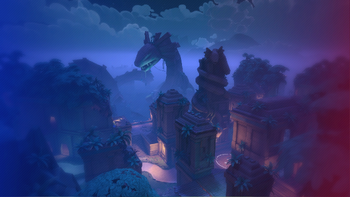 Serpent Beach is one of the maps in Paladins and was released in the Paladins CB30 update.
Like every Siege Map, Serpent Beach also has certain callouts.

Serpent Beach is part of the large stretch of land known as Greenwood, as revealed in this map.