He's pierced as many hearts with his magical longbow as he has broken with his silver tongue, but even he has a stake in the current conflict between the Magistrate and the Resistance, standing up to the oppressive Magistrate on behalf of the common folk.

Sha Lin is a damage champion and an oppressive ranged attacker, who fires high damage arrows, dealing more damage the longer they are charged. The Crippling Arrow allows him to cripple enemies. Rapid Shot allows Sha Lin to fire many arrows in a short burst. Withdraw (which lets him backflip away) and his Ultimate skill, Heat Haze, both grant Sha Lin stealth, making him invisible, making him harder to track down and allowing him to slip away when under fire. However, he is very reliant on his skills and will be easily taken out while on cooldown. Player awareness and anti stealth effects are also a harsh counter against him.

Increase the rate at which your Longbow charges by 25%.

Crippling Arrow now explodes in a 20-unit-radius area on contact.

This is a list with all cards available to Sha Lin:

All of the following cards are in Sha Lin's pre-built loadouts: 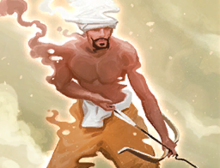 Reduce the Cooldown of Withdraw by 3.
5 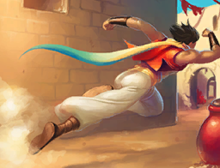 Increase your Movement Speed by 21% for 3s after using Withdraw.
3 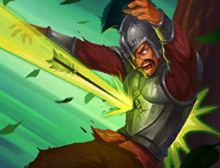 Hitting an enemy with Crippling Arrow reduces the Cooldown of Rapid Shot by 1.2s.
2 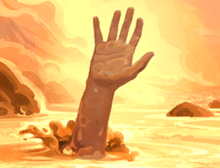 Reduce the Cooldown of Crippling Arrow by 1.2s.
2 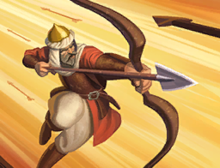 Reduced the Movement Speed penalty while drawing your Longbow by 60%.
3 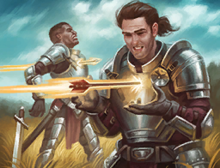 Reduce your active Cooldowns by 40% when you get an Elimination.
4 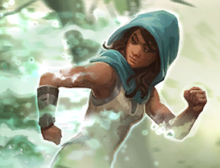 Resets the Cooldown of Withdraw after dropping to or below 30% Health.
2

Reduce the Cooldown of Crippling Arrow by 0.6s.
1 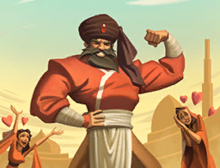 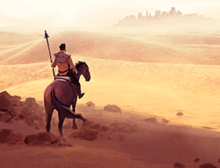 Increase your Movement Speed by 12%.
4 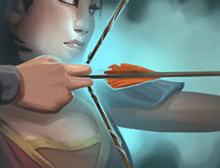 Hitting an enemy with Crippling Arrow Heals you for 140.
2

Reduce the Cooldown of Crippling Arrow by 3s.
5

Reduce the Cooldown of Withdraw by 1.8.
3

Reduce your active Cooldowns by 20% when you get an Elimination.
2 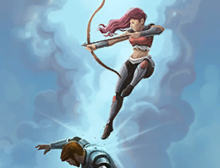 Increase the duration of the Cripple effect applied by Crippling Arrow by 0.3s.
3

These are the Cosmetic Items currently available for Sha Lin:

How to Play[edit | edit source]

Killing an enemy resets the Cooldown of Planted and Planted deals 10% more damage.

Increase the damage of your first weapon shot or Planted arrow by 25% during Withdraw's Stealth effect.

Impaler Arrow now explodes in a 17-unit-radius area on contact, dealing an additional 300 damage and applying a Knockback to enemies hit, but can no longer Stun.