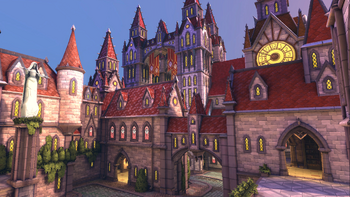 Stone Keep is one of the maps in Paladins and was released in the Paladins OB41 update.
Like every Siege Map, Stone Keep also has certain callouts.