Having spent most of his life in the military, Strix was an invaluable member of the Sentinels, tasked with training their elite sharpshooters like Kinessa. He was reassigned after the unit was disbanded — sent to the front lines with the regular army as it prepared to put down the Resistance.

Always the calm and composed professional, he is the master of stealth and camouflage, able to pick off high-value targets before the enemy is even aware of his presence — or that they are under attack at all.

Strix is one of two snipers along with Kinessa. He is the first champion capable of switching between his primary and secondary weapons. His ultimate is a flashbang grenade, which is a non-lethal ordnance that can blind his enemies for a short period of time. His sniper rifle can deal 1200 damage per round to the body or limb. A headshot can deal 1800 damage, forcing most of his enemies to immediately retreat and hide from him. His pistol deals less damage but is useful for engaging in close-quarters situations.

Reduce the rate of Stealth Energy consumption by 50%.

Flare deals 250% base damage, has significantly increased Projectile Speed, and has its Cooldown reduced by 10s, but no longer Reveals enemies.

Talon Rifle now applies an additional 50 damage over 3s to enemies hit, stacking up to 3 times and refreshing on hit, but you are now unable to get headshots.

This is a list with all cards available to Strix:

All of the following cards are in Strix's pre-built loadouts: 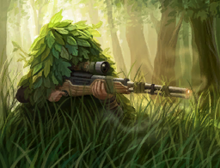 Generate 45 Energy after getting an Elimination.
3 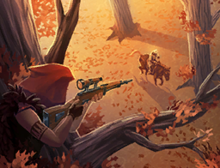 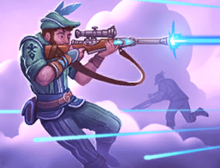 Increase your Movement Speed by 40% for 2s after entering Stealth.
4 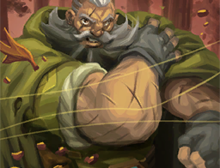 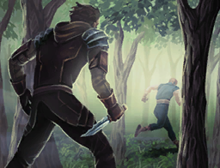 Increase your Reload Speed by 20% while Stealth is active.
2 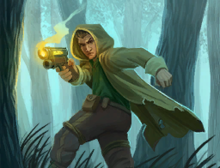 Reduce the time it takes to Quick Switch to your Pistol by 40%.
4 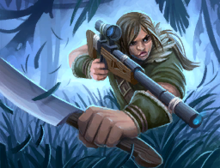 While you have your Talon Rifle equipped, the Cooldown of Flare is reduced by 0.6s every 1s.
3 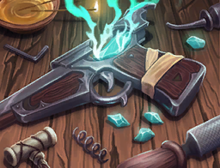 Increase the maximum Ammo count of both your weapons by 4.
2

Generate 45 Energy after getting an Elimination.
3

Increase your Movement Speed by 30% for 2s after entering Stealth.
3 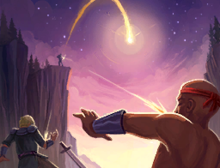 Increase the area that Flare will Reveal enemies by 50%.
5

Increase the maximum Ammo count of both your weapons by 4.
2 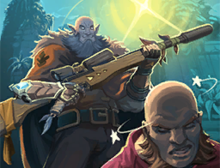 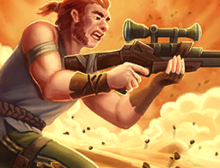 Reduce the Movement Speed penalty of Scope by 60%.
3

These are the Cosmetic Items currently available for Strix:

Hitting an enemy with Talon Rifle increases the damage you deal to that enemy with your Pistol by 20% for 4s.