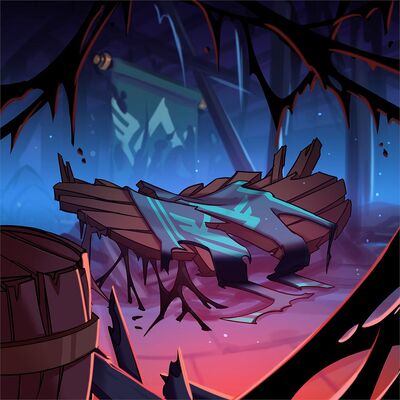 The Lost Future is an alternate dark future version of the Realm from which Atlas originates. Through the actions of Corvus, the Darkness would be unleashed to lay waste to the Realm, destroying both the Magistrate and Resistance, as well as killing many, including Karne and Valera. One group remained to fight against the Darkness, but once their final assault on the monsters failed, in a move of desperation, Atlas would study and master the flow of time, allowing him to step into the past and change the course of history towards a brighter future. While this future is no longer the exact outcome of the Realm due to Atlas' time-traveling (as mentioned here and here), what awaits the Realm due to these actions awaits to be seen.

Most information on this time period comes from The Fight of the Shattered Desert story, Atlas' teaser trailer, and Yagorath's teaser trailer.