Torvald is a Front Line Champion in Paladins, added on January 25, 2017.

As the ranking scholar and preeminent authority on runic lore at the Deepwerks facility, Torvald is one of the architects of the wave of crystal-powered technology sweeping across the Realm.

Though he would much rather have his nose buried in a dusty old history tome or reach into a swirling vortex of magical energy using his enhanced stone gauntlet, he understands that the Magistrate is the driving force behind all his research and has joined their effort to put down the Resistance. Once the war is over, he can once more get back to work.

Torvald is a supportive Front Line Champion whose primary contribution to battle is shielding for himself and allies as well as crowd control against critical enemies. Unlike other Front Liners, Torvald's shielding is consistently present and must be destroyed in order to damage his hit points. His primary weapon shoots low damage energy blasts from his gauntlet that have significant damage falloff, limiting his effective combat range. His CC ability, Nullify, damages an enemy and prevents them from using their abilities besides their primary attack for a duration of time, leaving them susceptible to his teammates. In times of danger, Torvald can throw a temporary shield onto an ally using Protection, provided he has line of sight of the ally and that they are within range. Torvald is also able to recharge his own shield, allowing him to survive for extended periods of time on the point or in battle. Torvald's Ultimate, Hyper Beam, significantly slows him down at the cost of using the full might of his gauntlet. His gauntlet will shoot out a large beam of energy, dealing 1150 damage over its duration and knocking back any enemies in its path. This Ultimate can be aimed throughout its duration, pushing enemies off the point or into environmental hazards.

Double the range at which you can use Nullify.

Increase the damage done by allies by 10% while they are Shielded by Protection.

This is a list with all cards available to Torvald:

All of the following cards are in Torvald's pre-built loadouts: 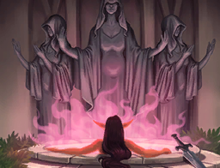 Heal the target of your Protection for 300.
4 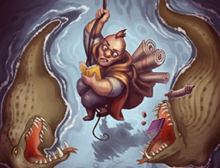 Heal for 150 after activating Recharge.
2 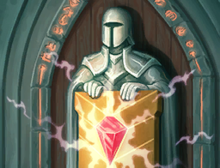 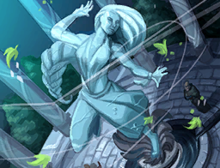 Increase the Movement Speed of your Protection target by 40% for 2s.
4 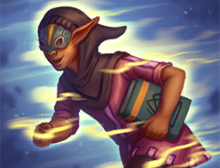 Increase your Movement Speed by 20% while using Recharge.
2 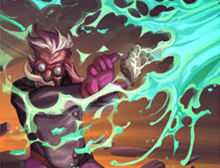 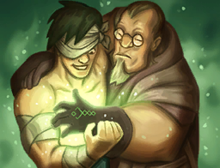 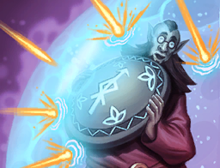 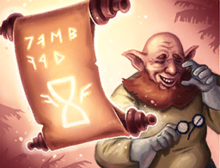 Reduce the Cooldown of Nullify by 4s.
4 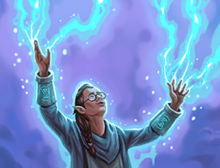 Gain a 200-Health Shield after getting an Elimination.
2

Increase the Movement Speed of your Protection target by 40% for 2s.
4 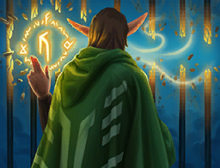 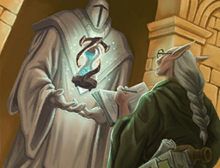 Generate 10 Ammo for the target of your Protection.
5

Increase your maximum Health by 300.
2

These are the Cosmetic Items currently available for Torvald: