Difference between revisions of "Tyra"

Tyra is a Damage Champion in Paladins, added on December 20th, 2016.

Raised to shoot straight and survive the harsh winters of the frontier, Tyra signed on with the Magistrate army at a young age. After the Sentinels' disastrous final mission, she returned to her homeland to make a living tracking down the monstrous threats to the common folk that lurked beyond the fringes of the Realm.

Her unyielding stamina and pinpoint accuracy with the rifle serve her well in her new role: helping the Resistance fight back against the Magistrate and bring an end to the war that rages across the Realm.

Tyra is a Damage Champion with high damage and medium health but low mobility. Her skill set excels at area control and hunting down targets. Her Auto Rifle picks off enemies quickly with its high rate of fire and its Nade Launcher that lobs a grenade to finish them off. Tyra's Fire Bomb creates an area of fire that damages any enemies that stand in it (as well as herself). Hunter's Mark allows her to reveal one enemy and increase the damage they take from her primary weapon. Tyra's ultimate skill, Crossfire, dramatically increases her auto rifle's rate of fire and her movement while also granting unlimited ammo. This makes it ideal for a sudden attack; finishing a low health enemy; or turning fights around.

Hunter's Mark has 2 charges and grants its benefits to allies.

This is a list with all cards available to Tyra:

All of the following cards are in Tyra's pre-built loadouts: 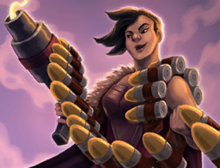 Reduce the Cooldown of Nade Launcher by 2.5s.
5 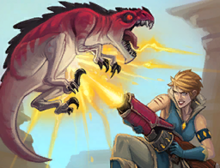 Decrease your damage taken by 20% for 3s after using Nade Launcher.
5 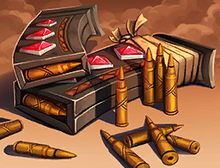 Increase your maximum Ammo by 2.
1 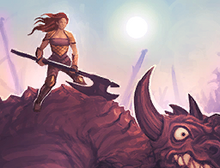 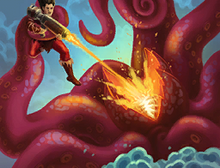 Heal for 120 for each enemy hit with Nade Launcher.
2 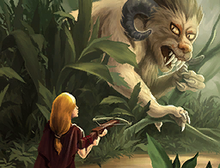 Increase the duration of Hunter’s Mark by 1.8s.
3 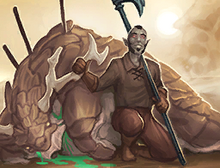 Heal for 600 after getting a Killing Blow on an enemy affected by Hunter's Mark.
3 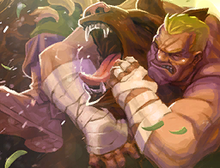 Reduce your active Cooldowns by 10% after getting an Elimination.
1 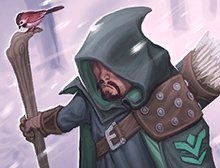 Reduce the Cooldown of Hunter's Mark by 4s.
4 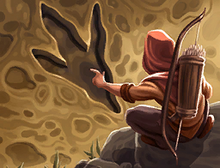 Increase your Movement Speed by 20% while Hunter's Mark is active.
4 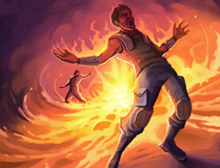 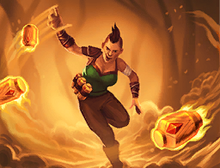 Increase your Movement Speed by 32% for 4s after using Fire Bomb.
4 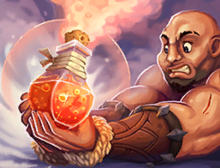 These are the Cosmetic Items currently available for Tyra: