Difference between revisions of "Viktor"

The former commander of Sentinels, an elite Magistrate military unit, Viktor lives in shadow of his former glory. He took the blame for what happened during their final mission, was stripped of his rank, and reassigned to a lower position by Grand Magister Karne. Though disgraced, his training and skill as a soldier remains unmatched, along with his unwavering loyalty to the Magistrate.

Determined to regain his standing, he pushes himself well beyond his limits in battle against the Resistance, striving to end the rebellion before the conflict truly rages out of control.

Viktor is a damage champion with very high damage output and one of the easiest champions to use. (For those who are used to various military shooters) His Assault Rifle fires with a high fire rate but low accuracy, though his Iron Sights ability allows him to significantly improve this accuracy at the cost of his movement speed. His Frag Grenades deal area damage and can be cooked before thrown so they explode earlier. His Hustle allows him to run in and out of fights and gives him limited flanking capability, but will only work while he isn't attacking. Viktor's ultimate skill, Barrage, allows him to deal high damage in large areas making it a great tool for clearing areas and forcing enemies to disperse.

Heal for 300 per second while using Hustle.

Increase the radius of Frag Grenade's explosion by 40%.

This is a list with all cards available to Viktor:

All of the following cards are in Viktor's pre-built loadouts: 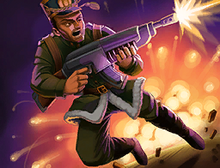 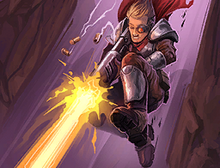 Reduce the Cooldown of Frag Grenade by 0.8s every 1s while Hustle is active.
4 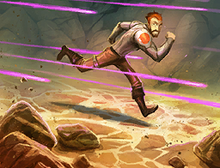 Increase your Movement Speed during Hustle by 30% for 1.5s after activating it.
3 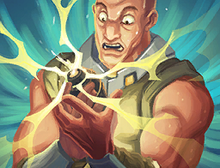 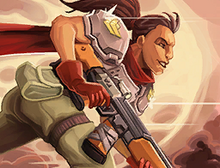 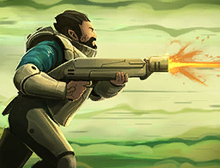 Increase your Movement Speed by 40% while using Iron Sights.
4 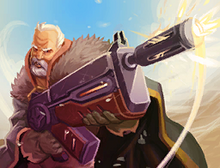 Reduce the time it takes to bring up Iron Sights by 30%.
2 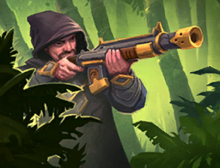 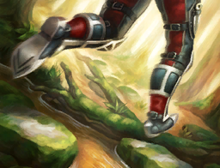 Increase your Movement Speed by 15% for 4s after getting a Killing Blow or Elimination.
3 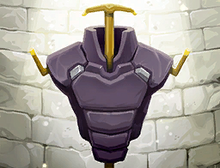 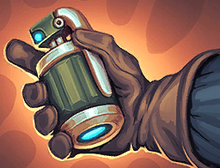 Reduce the Cooldown of Frag Grenade by 5s for each enemy hit by it.
5 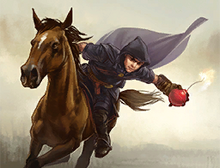 Reduce the Cooldown of Frag Grenade by 0.6s every 1s while Hustle is active.
3 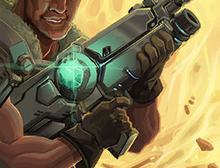 Reduce your weapon recoil by 40% while using Iron Sights.
2 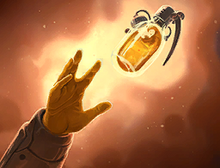 Fire in the Hole

Generate 12 Ammo for each enemy hit with Frag Grenade.
2

These are the Cosmetic Items currently available for Viktor: