Difference between revisions of "Willo"

Though short-lived and even-tempered, the faeries of the Summer Court wage an endless war against the encroachment of modern civilization. Willo might only have three summers to her name, but her aggressive demeanor more than makes up for her lack of experience. She charges into the fray with an eagerness and tenacity that worries the precious few remaining faeries.

At a time when the fae should be regrouping to bolster their dwindling numbers, Willo has taken it upon herself to take arms against both the Magistrate and the Resistance.

Willo is a damage champion who provides consistent splash damage and focuses on zone control and instantly denying enemies all healing effects. With her fae wand, Willo shoots blasts of energy that explode on impact without damage falloff. Her right click, Deadzone, will splatter an area with spores that cover the enemy, preventing healing so long as they're in the area and for a short time after escaping it. Willo can control the point and other zones by throwing her Seedlings which, after hitting the ground, will explode after a short period into four smaller seedlings, which also explode after a small delay. All explosions by seedlings cause area damage, which will break down any and all enemies who fail to move away from the immediate area. Her mobility ability, Flutter, allows her to quickly fly into any direction she is facing, including vertically, allowing her to change her position to a nearby platform, escape over a wall, or chase down a fleeing enemy. Her ultimate, Fae Flight, allows Willo to fly quickly into the air, gaining cc immunity and infinite ammo without having the need to reload. Willo's basic dps is rather low for a damage champion, making her a difficult champion to 1v1 flanks with if flutter is on cooldown. Uncontested, Willo can devastate the point and limit the effectiveness of enemy healers.

Dead Zone damage is increased to 500.

Hitting an enemy with your weapon shots increases the damage they take from weapon shots by 80 for 3s, stacking up to 3 times.

Increase the damage of each Seedling to 750 and reduce the time it takes for them to explode by 25%.

This is a list with all cards available to Willo:

All of the following cards are in Willo's pre-built loadouts: 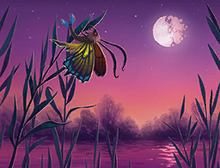 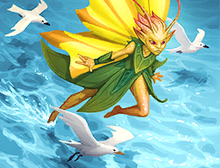 Reduce the Cooldown of Flutter by 1.2s.
2 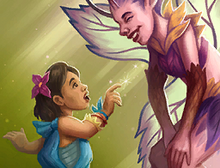 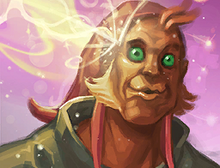 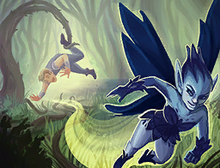 Increase your Movement Speed by 15% for 2.5s after activating Dead Zone.
3 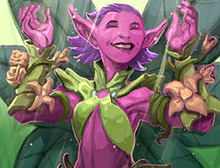 Reduce your active Cooldowns by 40% after getting an Elimination.
5 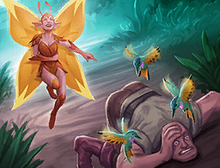 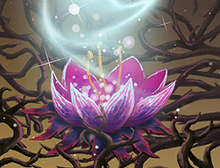 Increase the duration of Dead Zone by 1s.
2 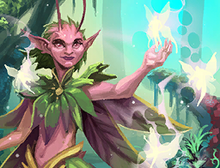 Reduce your damage taken by 20% for 3s after activating Flutter.
4 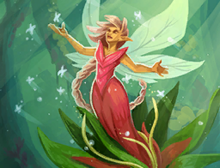 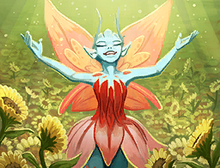 Increase the Projectile Speed of Seedling by 12%.
2 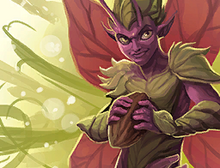 Reduce the Cooldown of Seedling by 2.5s for each enemy hit by it.
5

These are the Cosmetic Items currently available for Willo:

Dead Zone damages shields for 50% of their maximum Health per second, and its cooldown is reduced by 3s.