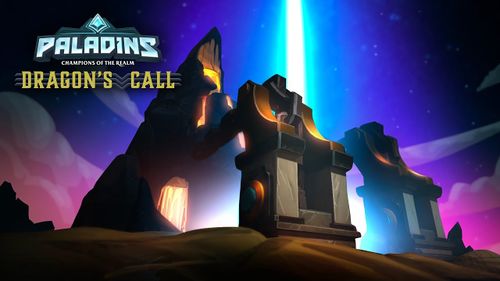 Dragon's Call is an event to expand Paladins' lore. The event began on August 21, 2018.

The beacon is lit and both Paladins and Magistrate have come to heed the dragon’s call, arriving on the shores of the Warders’ ancient homeland. Race to unlock seals guarding the island’s inner vaults and capture what lies within. Who will claim the Warder’s Relics and tip the scales in this conflict?

As your team unlocks seals, you’ll earn Goal Points which grant exclusive Dragon’s Call event items. Acquire the Dragon’s Call Bundle for battle-ready skins and an Ancient Idol which grants you twice as many Goal Points. You’ll also gain one Vault Key from the Bundle, which can be spent in the Vault to unlock an exclusive Epic Skin of your choice!

The Warder's Arena is an elder dragon prison that houses a beacon that calls to all of its members to assist against the darkness in times of need. It is surrounded by fortress-like walls and numerous magic runes, intended to subdue its dragon prisoner and keep outsiders away. The stage itself has two vaults and a keysphere known as the Warder's Key. The vault themselves contain one or many coveted Warder's Relic and crystals that store parts of their ancient power. 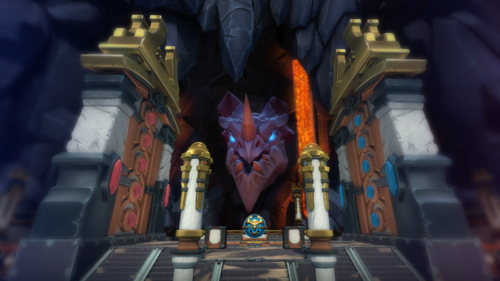 Face off in our new 4v4 event game mode – Dragon’s Call. The rules are simple: Carry the Warder’s Key Sphere into the opposing team’s Vault four times to win. Careful though, the Key Sphere is a power not meant to be handled alone, sapping you of your strength upon touch. Keep the Key Sphere moving by passing it to your teammates if you want to win.

These are the items that are available during the event. Each bundle costs 600

Crystals to unlock or buy all four bundles for 1200

Crystals. If you purchase one and later decide to upgrade to the Dragon’s Call Bundle, you will receive a discount equivalent to the Crystals spent.

In the limited game mode, every time your team scores a point, you get a seal. Every Seal progresses you event reward track. The rewards are: 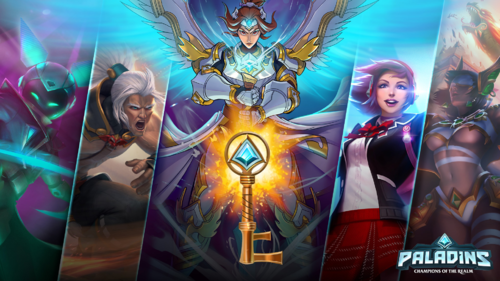 Vault Key to get new epic, exclusive skin or to unlock past Exclusive Event Skins. You will get your